Today I am celebrating a writer I came to ‘know’ on the Amazon Breakthrough Novel Award Forum message boards when I entered the ABNA contest. 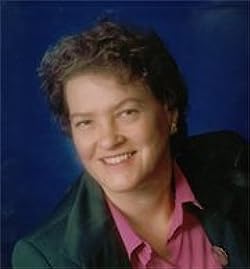 Victoria Randall was knowledgeable, forthright (very useful when you really do want criticism and guidance), and she wrote some fascinating things, of which more later.

Recently, she posted a request for beta-reads in a collection of short Shorts that she was putting out.  I had found her other work intriguing, and I volunteered.  I read the book, enjoyed it immensely, and purchased a copy when it was published.  My review is here.  But more about that later.

I approached her and asked if she would be willing to have a spot on my blog, and she graciously agreed.  Her work is fascinating and her writing is beautiful.  Read on:

***       ***       ***
Victoria Randall, Author
I really enjoy envisioning scenarios set in other times and other worlds,
and characters’ reactions to situations they’re confronted with, like a
talking sandwich or a weaponized cat.

I like creating characters with differing points of view. It was a challenge coming up with the three different heroines of my dystopian trilogy, Children in Hiding. They are roughly the same age, but couldn’t be alike.

The first, Sophie, is a practical, down to earth, but romantic at heart young woman who works in a childcare center, and finds herself unexpectedly pregnant in a future when having a baby without a license is a felony. She has to rise to the situation and take drastic steps to protect her child.

The second, Willa, grew up in the warehouse system for abandoned children, escaped from it, but carries the scars of feeling unwanted; despite her insecurity she determines to try anything to protect her small daughter from similar brutality.

The third is Katy, Willa’s daughter grown to adolescence; she was raised in luxury as a result of her mother’s choices and is self confident, tempted to focus on herself, but chooses to try and rescue her friends still trapped in the warehouse system.
I’m pretty happy about how those three books turned out.

I asked her about her system of writing.  What works for her?  Does she have a specific way?

My system is to come up with a plot or an idea, carry it around in my head for awhile for my subconscious to work on, then outline it and flesh it out as I write. It usually changes a lot in the writing.

Could she share some of her writing that has made her happy?

Some writing that I’m proud of is the description of the riot at the end of City of Hidden Children, book three of the trilogy, inspired mostly by the WTO riots here in Seattle. My rioters, living thirty years in the future and under a brutal and oppressive police force, are more restrained than the WTO rioters, but they have been pushed to their limit by the use of children in labor camps and for body parts. I think it’s a timely topic.

Here’s my policeman, Zander, addressing his fellow cops who are facing the mob in riot gear:

Zander pushed his way to the front of the crowd and raised a hand. “Take a good look, men. These could be your children—do you recognize any of them? They’re your brothers and sisters, nephews and nieces. They’re our people—are you going to shoot them down? You need riot gear for this kid?” He turned and pointed to a small boy of five or six. “You going to use rubber bullets or pepper spray on the babies here? What’s  your plan?”

A tense silence fell. Then a police officer straightened up and tore off his riot helmet. “I’m with you,” said his friend Pete Hastings, dropping his baton and stepping forward. He turned to look at the line of men. “Drop it, chief. We’re not attacking kids.”

These books are meant to be exciting futuristic thrillers with a serious undertone. Shadowcat, on the other hand, is just for fun, and I had fun writing it. I hope others enjoy reading it.

(And for those who would love to read more, the links in the titles are ‘geotargeted’, which means that they will take you to whatever Amazon store is yours, whether US, UK, Japan, or anywhere else.  DW)

And now, Shadowcat (link is geotargeted):

SHADOWCAT
There is a misty place between sleep and waking, where if you wander long, you may find yourself caught in a world of strangeness. You may meet the irrepressible Shadowcat, recruiter for the Catmasters Guild, who use cats as weapons. You may hear of a colony of spacefarers who have vanished completely, or encounter a sandwich with a terrifying ultimatum, or meet the last known human being in the universe. You may find that the voice in your mind is not yours at all, or learn that time travel has its drawbacks.

Seven short stories set in the future, and on other worlds, and in this one, which is strange enough when you think about it.