Today is the first Wednesday of the month, which means it is IWSG day. The once-a-month blog hop started by Alec Cavanaugh . IWSG = Insecure Writers’ Support Group (click the words to visit)

Once upon a time I wrote a story.  It was a very good story, at least to my mind.  I got the idea for the story when a major character in a series of mine, seized by enemies who for all he knows want nothing more than to kill or capture him, gives his name to his captors.  It is an important name and, historically, might have given pause to anyone thinking of tangling with him.

I wrote, “Their expressions made him think of the fable of the man who encountered a thirty cubit crocodile.”

The ways of inspiration are strange to outsiders.  I started mulling over the notion of a thirty cubit crocodile (a cubit being 21 inches in dynastic Egypt) and I had an idea for a story involving just such a beast who intrudes into the life of a needy man.  In the course of helping the man, it manages to turn the man’s world upside-down.

At thirty thousand words at this moment, it is a nice novelette and an enjoyable addition to the series.

And then I thought of a certain publishing contest.

You submit your work, and if it is approved they obtain a photo of you (something I would worry about later), a blurb and a pitch, and they put it up online for those who might like to look at it, vote on it,and puff out their chests for volunteering to.
This is doable.  Elegant, in fact.  And heaven knows it’s good story.  Thus far.

It isn’t such a problem, if you think of it.  Beautiful manuscript not lost, story moving along nicely…  We should all have such problems, shouldn’t we?

The thing is, I have to take that story and add two-thirds of its length.  Twenty thousand words needed to qualify  for the contest which, God same the mark, I very well might not win.

And that brings me to the phrase that helps me when I am trying to come up with numbers:


Just Spit It Out

I know very well that I’ll be adding and subtracting, polishing, deepening…all the things that, for me, make writing so rewarding and fun.

My problem is that I get hung up on the notion of numbers and end up not producing any.

The answer?  See the red letters above.  Write the words.  Break the ice.  Get cracking.

Will I enter the contest with my crocodile story?  I might.  Then again, I might not.  It does need some additions, and I can see at least five more chapters at about 1500 words apiece. If you do the math, it’s do-able. 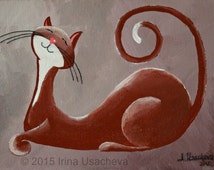 If, that is, I can get myself to put away the calculator, open up the laptop, review the piece, and just go to town.  I think I can.

I was a poet at one time.  Actually, I still am – to a degree.  I spent a college weekend reading six plays by Shakespeare and ended up walking around thinking in Iambic Pentameter.  It isn’t hard.  Conversational English falls into it without a lot of effort.  In fact, it lends itself very readily to blogging –

It tickles me, to think that I may yet
Ape the Bard, and let my verses fly
Through this strange blog thing, there to smite the eye
Of th’unwary visitor come by
To pause and find refreshment in this spot.
But wilt thou find such rest?  – I fear thou’llt not!
But shalt run screaming through the teaming web

(But soft! Dear reader, didst thou notice that
Two rhymes I did cram in that one short line??
Harrow and alack!  The knack is back!!!)

Alas! What can I do to shake this curse
That turns my maunderings into wretched verse?

The answer is, of course, to take pity on everyone and get back on track.

I started to say that I wrote a lot of villanelles and sonnets, Shakespearean and Spenserian, and I still do, more from a sense of humor.  I wrote a sonnet about the ABNA (Amazon Breakthrough Novel Award) contest that’s going on right now.  I’ll post it at the bottom of this post if anyone is hardy enough to want to read it.  Look for the asterisks.  ***

But anyhow, I was looking for one of my poems to put in a blog post about Richard III.  It was published in the spring of my Junior year in college, when I was  on the editorial board of an award-winning literary magazine put out by the University.  No, it did not win any awards during my watch.

I had been fascinated by Richard III.  I thought he had been the victim of a really dirty smear job. The treatment he received – his body and his reputation both – were disgraceful.  From what I could see, he had been an admirable man.  I had written a series of poems about him, told from the points of view of various people – Henry VII, his nephews who died in the Tower, his brother Edward…  I thought they were pretty good, and so did the folks on the magazine.  They were published.

I graduated, lost my copies, didn’t have a computer (no one had a computer then), the poems were lost.  One day a while back I stumbled across the digital archives of my university – and the publication was there. Well!  That was good to know.  I filed that bit of information away.

Today I sat down to write about Richard III.  I was planning on opening with the advertisement of the City of York after Richard’s death, in which, in the teeth of the new king, they described Richard’s death as foul murder.  I remembered the first two lines of Richard III’s poem:

It grieves my soul to be maligned thus,
So spurned, so scorned by all who know of me
But know me not…

Potentially harmless, I’d say.  I buckled down, located the digital archive, pulled up the poem – and grabbed my chin as it bounced off the floor.  The poem was terrible.  Dreadful.  So full of posturing and artsiness, I wanted to squirm.  And that monstrosity was out there under my name  for anyone to see until the stars grew cold or computers rose up in revolt.  It would fit right in – it was revolting!

You have to write really good poetry to call yourself a poet, because the bad stuff – like Dame Edith Sitwell’s work – is truly, truly atrocious and stays with you.  I am  not happy to see that garbage of mine out there, but it’s digital and digital is nearly eternal.

…and now my ABNA Shakespearean sonnet:

***  That I had thought to join this festival
of writers of all sorts, both good and ill
Poetasters, posers – scribblers all
Upon these boards -alas! – our guts to spill!

Exhaustion dims the mem’ries of the pain-
we greet The Knight’s thread: “All about the pitch!”
We throw ourselves into the fray again –
And learn, alas, the striving’s still a —
(hm. Insert a word that rhymes with ‘pitch’ that might be deleted by Amazon)

Squeals of outrage – how the feathers fly!
What genre? What word count? What should I choose??
Some shriek ”Tis so unfair to me! O Why??’
While the vet’rans soothe their souls with shots of booze.

The scramble starts, the shrieks at morn’s first light!
The dread day dawns, clock-watchers pitch their books –
While others, red-eyed, snatch a last rewrite –
“Cheats!” “Wretches!” “Fudgers!” “Ay me!” “I’ve been rooked!”

All this takes place – but why? Ah! Who can say?
We chase our stars and even kneel to pray –
That some of us be crown’d by Amazon
And say to all the rest “Get hence! Begone!”