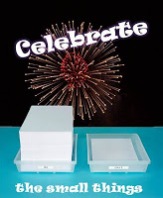 Welcome to the March 20 edition of the Celebrating the Small Things blog hop, started by VikLit and now run by Lexa Cain, our fearless new leader and her two wonderful co-hosts L.G. Keltner @ Writing Off The Edge
Katie @ TheCyborgMom

Today I am celebrating a wonderful reading (and writing) tip:

I have a terrible confession to make.   It has required a lot of courage on my part to take this step, especially on a public forum (more or less, since mine is not the most widely read blog by a long shot).   I don’t know too many people who would willingly admit to it, at least not in this modern world where people take pride in reading every single word of a book.  Certainly, only one other person I know will admit to this particular practice.

The thing is, the practice has enabled me to circumvent unpleasant things and get to the meat of a book and then, armed with confirmation of the book’s quality, go back and have another go at the unpleasant parts.  Since I have seen the whole of the book, I can now inspect its separate parts.

What am I talking about?

One of my favorite authors (C. S. Lewis) has this to say:

It is a very silly idea that in reading a book you must never “skip.” All sensible people skip freely when they come to a chapter which they find is going to be no use to them. In this chapter I am going to talk about something which may be helpful to some readers, but which may seem to others merely an unnecessary complication. If you are one of the second sort of readers, then I advise you not to bother about this chapter at all but to turn on to the next.

Lewis was speaking of philosophical and theological subjects, but I have found that the advice is equally valid to those who are trying to plow through a passage of purple prose that threatens to derail them (Dickens has a lot of this), or who are having heavy going with a particular scene that has no apparent bearing on the rest of the book, (Melville’s digression on the history of whaling in Moby Dick, for example) or the discussion of gardening practices in Lady Chatterly’s Lover, per the reviewer in Field and Stream.

I have gone skipping through most of Dickens, happily thumbing past his description of the nasty things that the law did to the fellow who they decided had killed the happily late Marquis de Saint-Evremond, and his various disquistions in all his books on society, injustice and the method a gentleman should employ while chasing a runaway hat on a windy day.

With this useful, and previously forgotten, technique, I am able to sit down, pick up The Pickwick Papers , and read what I enjoy, going back when I have more fortitude to suffer through enjoy  the parts I skipped.

So what are you  celebrating?  (And have a wonderful weekend!)

Years ago, as I was getting ready to go away to college, my father came to me.  I was in the basement doing something or other that a pre-college kid might do.  He looked around, sat down and said, “Diana, I have something to say to you that I think is important.

I looked up expecting something – I’m not sure what.  A talk about not blowing all my money, being respectful to elders, never to worry about calling him or my mother if there was a problem or I was in trouble – any of those.  Dad was a singular father, and aside from knowing that he called things as he saw it and did administer punishment as needed, and was always fair and to be relied on (my mother was the same way), I never could be sure what he might say.  There was a time, for example, when he told my brother and me that the Mayflower (ship that brought the pilgrims to Plymouth rock in 1620) was made of bricks.  But that is another story and will be told another time.
But he threw me a curve ball this time.  “You are going to college, and if you’re like every other college kid in the United States, you are going to try drinking.  So this is my advice…”
It was good advice, and I am giving it it’s own paragraph:

If you are going to drink, don’t drink sweet, sticky drinks like Singapore Slings or Pina Coladas, Mai Tais, or other such things where you don’t know what is in them. Drink Scotch on the Rocks, or Gin and Tonic, or an Old Fashioned. The best thing to do is mix it yourself if you’re at a party, then you know what’s in it. And if you don’t know the people around you, get your own drink, or stand there and watch as they’re mixing it. Or drink beer. You’ll get sick before you get drunk.

I paid attention to that advice – it is very good advice, and while I did enjoy fuzzy navels, I noticed that they packed a wallop out of proportion to their ingredients.  And it was hard to remember what was in them.  My mixed drink of choice became the Old Fashioned.  I can nurse one of them for an entire evening, augmenting it with a glass of seltzer.
For those who don’t remember them – they’re making a comeback – they consist of:
A sugar cube with a dash of bitters muddled with lemon zest in the bottom of an Old Fashioned (what else?) glass.  You fill the glass with cracked ice, pour a (smaller) jigger of Bourbon or Ryeover, stir, and then add cold water to fill the glass the rest of the way.  You can add a maraschino cherry, if you want and a slice of orange.  Some people add a small spoonful of cherry juice.  It depends what you want.  I do put the orange slice in.  It helps to stave off scurvy.
Did I say they were coming back into fashion?  They are, which means that for a while there, they were out of fashion, with servers not knowing what on earth I was ordering.  I remember one time – it was at Downey’s in Philadelphia – that I ordered an Old Fashioned.  The table had pina coladas, beer, wine and Long Island Iced tea (why on earth would you pay a lot of money for a drink that ‘tastes exactly like iced tea’,  and levels you like a bulldozer?).
The server stared at me.  “And old fashioned WHAT?” she demanded.
The attitude had come out of left field.  I lifted my eyebrows.  “It’s a mixed drink,” I said.
“I’ve never heard of it!”
“Just ask your bartender to mix me an Old Fashioned.”
“Yeah.  Right.”  She left.   She returned five minutes later, the pleasantness of her demeanor having improved somewhat.  “The bartender wants to know if you want your cherry muddled…”
It was a good one.
I was visiting family over Thanksgiving, and my mother said, “I wonder if you would make me an Old Fashioned…  Your father used to.  I remember you did, too.”
Well, I mixed one. Two, actually – one for me and one for her.  And we lifted our glasses to Dad.
Thanks for the advice, Dad.  And the recipe.