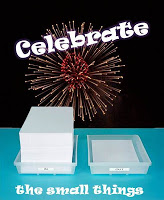 I remember as a little girl I always loved to watch a cartoon called ‘Yogi Bear’, featuring a rascally bear who lived in Jellystone park.  One day my father called to my brother and me, saying that we needed to some in and watch Yogi Bear.

We came pelting inside only to stand and stare at some fellow in a baseball uniform.  Yogi Bear?

“That’s his name,” Dad said.  “Well… Yogi Berra.”
We grimaced in disgust (I preferred football, myself) and went back out to play.

Over the years I began to smile at the things Yogi said and, ultimately, admire him.  His turns of phrase were guaranteed to make me laugh, and while people talked about it being an inherent goofiness in the fellow, I thought it was the comedic gift coming out.  What is more enjoyable than watching someone pulling another’s leg?

And when the AFLAC (disability insurance) ad came along featuring Yogi Berra I sat back with a grin.  It’s one of my all-time favorite commercials:

He was a great catcher, a great athlete, a good man…and I learned that he was one of those at the Normandy landing on D-Day  The last Yogi-ism of his that I heard, just recently, was this:

I sit and I thank the good lord I was in the Navy. We ate good, clean clothes, clean bed. You see some of these Army men, what they went through, that’s the one I felt for.

I hadn’t known.  Like a lot of his generation, he did not brag.  So I celebrate a good guy who made me laugh, made that AFLAC duck squawk, and quietly did his duty during the war.

Celebrations are everywhere, if you know where to look.

11 comments on “Celebrating Laughter and a Hero”