There are three songs that seem to tie together.  Let’s look into them:

Carry On My Wayward Son was featured in Kansas’ Leftoverture album.  It was also featured in the movie ‘Heroes’ with Henry Winkler and a very young Harrison Ford (and Sally Fields).  It has some themes that seem to mean something to me:

Masquerading as a man with a reason
My charade is the event of the season
And if I claim to be a wise man, well
It surely means that I don’t know

On a stormy sea of moving emotion
Tossed about, I’m like a ship on the ocean
I set a course for winds of fortune
But I hear the voices say…

Hm.  We are all just a little frenetic in our younger years, but things seem to mellow when we come to ourselves and buckle down.  We even grin, a little:
Turning back the pages to the times I love best 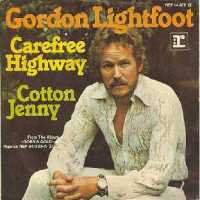 Carefree highway, I got to see you my old flame

But time passes,  dreams are within reach, you touch the past and reach for the future, and things are now, as they always were, possible:

Daddy’s got a radio
He won it thirty years ago
He said ‘Son I just know we’re gonna hear you
singing on it someday!’